The tale of Meehan and Sir Ian 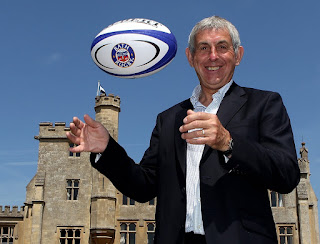 Here, belatedly, is my column from The Bath Chronicle, published on February 17. I'm sticking it on my blog now because Bath's spanking of Northampton on Saturday only served to underscore some of the points. Cheers.

When it was confirmed over the summer that Sir Ian McGeechan would be coming to Bath Rugby, an obvious question was how he would fit in with the existing coaching staff.

Or, rather, how the existing coaching staff would fit around him.

McGeechan has accomplished so much in so many places that his appointment by new owner Bruce Craig got plenty of tongues wagging about how exactly he would work alongside head coach Steve Meehan, a man who had put his individual stamp on the club over the previous three seasons.

I think the club would probably admit there has been a certain 'suck it and see' aspect to the way McGeechan has worked alongside the existing coaching set-up and it's clear his role has evolved since he joined.
Click here for more

When he arrived, his official title was performance director and, while both McGeechan and the club could furnish reasonable explanations of what that role entailed, in my mind at least there remained a few little question marks about the command structure and how exactly Meehan and McGeechan would dovetail.

At the end of November, that title was tweaked by chief executive Nick Blofeld to the more conventional one of director of rugby.

While the club made little of that change of title at the time, saying it was done merely for clarification, I think the more traditional split between director of rugby and head coach has helped McGeechan settle into the club – and the club settle into life with McGeechan.

There is now a clearer, more explicit chain of command off the pitch, and on it there is a greater sense of purpose. Since that change of title, McGeechan has rolled up his sleeves with the pack and, alongside forwards coach Martin Haag, has wrought something of a transformation.

Friday's away win at Sale underscored how the Bath pack is on top of its game again, although the real test will come when the grisly Northampton forwards rumble onto The Rec.

I've also detected a greater sense of assurance and quiet purpose emanating from both McGeechan and Meehan in recent weeks, as though they have a better handle on things and know precisely where they're going.

Results help lift the mood, of course, and Bath have won six out of their last seven games. Even so, I sense the greater sense of assurance stems from more than just results.

I suppose the lesson to learn is that, even the best in the business can take time to bed in.

And that can apply to players too. Bath back-rowers Luke Watson, Lewis Moody and Simon Taylor are superb players and have put in strong individual performances at times.

But, as Lee Mears pointed out this week, they are all in their first full season at the club and it takes time for players to build up an understanding of how their team-mates play.

Luckily for Bath, that understanding seems to be flourishing at just the right time for a tilt at the play-offs.
Posted by Tom Bradshaw at 10:14 No comments:

Demi-god, prodigal son or rock star? Butch gets a special reception in SA 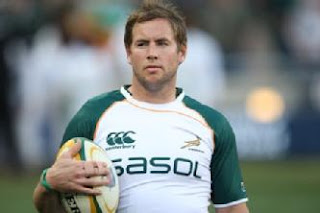 Bath and Springbok fly-half Butch James flew back to South Africa this week for his wedding. But it turns out he had more than one pressing engagement, with the World Cup-winner also attending a glitzy press conference where it was announced he would be joining the Golden Lions in May. Here's my take on the razzmatazz...

Butch James certainly had one heck of a stag party.
Most of us would settle for a night out with the boys – Butch was
seemingly granted demi-god status by a grateful nation.
The South Africa fly-half flew back to his native country earlier this week in readiness for his wedding on Saturday. While out there, he became caught up in a publicity stunt that would make Phineas Barnum and Max Clifford blush.
It has been an open secret for some time that James will be heading back to South Africa at the end of this season for a final hurrah with the Johannesburg-based Golden Lions.
On Tuesday, the Lions ‘unveiled’ their new signing. This required James to fly into a Joburg airport on a private jet supplied by one of the Lions’ minted owners.
Stairs were duly rolled up to the doors and Butch descended to the Tarmac amid a chorus of sycophantic applause from men in blazers.
In front of him was a sea of paparazzi, all desperate to capture this happy day.
I do not know if there was a marching band present.
It was like a prodigal son returning from a self-imposed exile. Or a minor royal visiting some neglected corner of the empire. Or a rock star
returning for a ‘Welcome Home’ gig. Or a bit of all three.
Verily, the reception that greeted Pope Benedict on these shores in September had fewer bells and whistles.
But it made James look like a pawn in the Lions’ publicity machine.
Especially as he was wearing a Golden Lions shirt with the number 10 on the back. With the name ‘James’ above it.
James was promptly shunted in front of the microphones. He
explained how one day he’d tell his children about how great it had been to be involved with such a club.
Butch James is an incredible specimen, a man of such super-human patience and dedication that he has bounced back from five knee reconstructions and two bust shoulders.
Most men would have given up competitive sport completely in the face of such serious injuries and long lay-offs, let alone continue to play at the pinnacle of the game.
More than any other player, he has shaped the way Bath have played over the past four years. His ingenuity and flamboyance on the pitch have made him a joy to behold on The Rec.
But I think the Lions have got a bit ahead of themselves here – and James has been dragged along.
James remains a Bath player until the end of the season and it’s Bath who are paying his not inconsiderable wages at the moment.
Getting James to put on a Golden Lions shirt when he still has more than three months at Bath is a touch previous, in my book.
But at least the shenanigans in Johannesburg show what passion the South Africans have for their rugby – and for James.
And I suppose that in turn should make us grateful that we’ve had him plying his trade at The Rec for the past four years.
Posted by Tom Bradshaw at 09:13 No comments: