Watching the Lions - the Welsh way 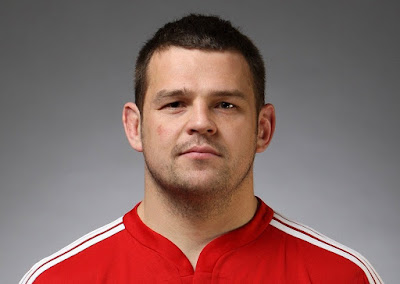 'Will sell my wife for beer' screamed the bloke's T-shirt in front of me as I settled down to watch the opening Lions Test in a Pembrokeshire rugby club.

Normally it would have been an act of boneheaded stupidity for an English tourist – complete with slightly-too-red sun tan and sandy swimming shorts – to stroll alone into a Welsh rugby club. But this was Lions time, an opportunity for Celts and Englishmen to call a truce, sit side by side, holler at the ref and hurl abuse at the opposing Southern Hemisphere side.

And boy did these Welsh lads know how to hurl abuse – all of it delivered in a sing-song manner about an octave higher than my ears are used to.

And then there were the barmaids. Let's just say the one who served me had the sort of formidable frame that would have troubled even Tendai Mtawarira in the scrum.

Through the mist of beer, blue language and sighs at the Lions' missed opportunities, however, a thought involving Bath Rugby arose – and it was all courtesy of the beer monster in front of me.

If this guy would be happy to exchange his spouse for a crate of lager – as his T-shirt declared – then what would Bath Rugby be willing to exchange for a piece of top-tier silverware?

In order to secure that elusive Guinness Premiership title or Heineken Cup, would the club be willing to forego its two captains, its good name and its short-term stability?

For it seems to me that, paradoxically, the bad news that has poleaxed the club over the summer months could well yield good results.

The club's good name may well have been tarnished in the short-term because of all the allegations and resignations that have been flying around, but the fruit that grow from this bitter tree may well turn out to be sweet.

And there is evidence that this is already happening.

Before Michael Lipman's departure, Bath had some fine back row players but were seriously lacking in depth. Now they have added South African international Luke Watson and Australia A flanker Julian Salvi – both of them proven leaders – to their battalion of loose forwards, instantly giving the back row a meatier, smarter appearance.

For all his brilliance, one Michael Lipman does not equal a Luke Watson and a Julian Salvi. Ergo, Bath have done well out of their captain's departure.

Trauma can bring you closer together or tear you apart. And the hope for Bath fans has to be that the club's summer of discontent will have brought the remaining players closer together.

If that has happened – and head coach Steve Meehan seems confident that it has – then Bath could well be hungrier, more focused and more fired up for the 2009-10 campaign then they were this time last year.

Let's just hope the thoughts prompted by that misogynistic T-shirt turn out to be true.

Posted by Tom Bradshaw at 10:20 No comments:

Tom Bradshaw was away - but is now back again

Apologies for lack of postings of late. I've been on my hols. Thinking that the summer would be a period of peace and quiet on the Bath Rugby scene, I'd booked a couple of trips away. Of course, it's turned out to be anything other than quiet at The Rec, what with drugs rows, frantic summer signings and the like. Anyway, normal service should now be resumed. In a jiffy I'll post my column from last week's Bath Chronicle...
Posted by Tom Bradshaw at 10:13 No comments:

Bath Rugby: Reasons to be cheerful

It's been a proud week for Bath Rugby. And I defy anyone to say I'm being insincere.

Last week was a real shocker for the club – and that's putting it mildly. But the past few days have actually yielded plenty of reasons for Bath fans to be cheerful and even optimistic about next season.

Just look at how many players the club has away on international duty. – and, more importantly, how well they are playing.

Wing Matt Banahan took his debut Test appearance for England in his (giant) stride when he ran out against Argentina last weekend, opening the scoring and earning praise from the notoriously fastidious Martin Johnson.

Almost as important as size and speed at international level are composure and attitude, and the Jersey Juggernaut seems to have those qualities by the shovel-load.

Talking of size, Bath's incoming 19st 3lb prop, Davey Wilson, also impressed Johnson during the Argentina match at Old Trafford. Matt Stevens may have been a massive loss to Bath Rugby, but head coach Steve Meehan's decision to sign this 24-year-old Geordie, who hopefully still has his best years ahead of him, looks increasingly astute with every passing week.

And while Wilson and Banahan could well force themselves into contention for next year's Six Nations, there are also encouraging signs to be taken from the way Bath's England Saxons contingent is bearing up in Colorado.

Stuart Hooper has been made the England A team's captain, while the remainder of the Bath cohort – Nick Abendanon, David Flatman and Peter Short – were all given a place in the Saxons' starting line-up for the victorious opener against Argentina Jaguars.

Hooper's selection as Saxons skipper is significant, as much for Bath fans as it is for England fans.

Prior to this summer's Churchill Cup campaign, the lock/back row already had plenty of leadership experience thanks to his tenure as Leeds Carnegie skipper before his switch to Bath. Now his leadership credentials have been given another boost.

With Michael Lipman and Alex Crockett having abruptly left the club, Bath need a proven leader and unifier as their new skipper.

And Hooper's exposure this summer to the captaincy at representative level could well tip the balance in his favour in Steve Meehan's mind.

Away from the Americas, Bath players Jonny Faamatuainu (Manu Samoa), Josh Ovens (England Under 20) and, of course, Lee Mears (British & Irish Lions) have been doing their club proud.

Far from their minds being frazzled by the distracting events back home, Bath's players are proving themselves on the big stage – and for that deserve a pat on the back.

Whether that form can be recreated once they return to the inevitably unsettled environment of their club, however, only time will tell.

Posted by Tom Bradshaw at 12:58 No comments: