Lee Mears - The Lion with a smile

A tribute to Lee Mears, originally published on www.thisisbath.co.uk/bathrugby.

Writing farewell pieces on Bath Rugby forwards who have been forced into premature retirement by health issues has, sadly, become an all too familiar activity in recent months.

Over the past year-and-a-half, Lewis Moody, Andy Beattie, David Barnes and David Flatman have all been forced to hang their boots up earlier than they would have wished due to injury. This week Lee Mears can be added to that unfortunate list.

The honours that Mears, pictured, chalked are up are worthy of any great of the game– two World Cups, a British and Irish Lions tour, more than 200 caps for Bath Rugby, a club with whom he had just extended his contract. 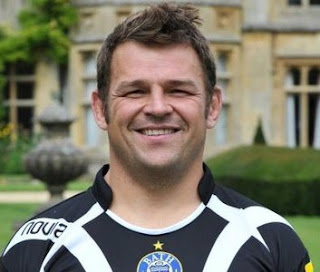 But as well as receiving honours, Mears was always a man of honour in everything he did on the pitch.

In the wake of last Monday’s announcement that a cardiac abnormality had forced him to retire from professional rugby, the tributes that rolled in for Mears from the great and good of the game – as well as fellow players and supporters – spoke volumes.

Mark McCafferty, chief executive of Premiership Rugby Ltd, even issued a statement in which he said that Mears embodied everything that was good about the modern-day pro.

And who would disagree?

Mears always made much of the fact that he liked to play “with a smile on my face”. Coming from most people, that would have been regarded as a tedious cliché. From Mears, it was the absolute truth. It captured his approach to rugby and to life more generally, and it went a long way to explaining his popularity.

Mears was proof that you can be deadly serious about your sport and perform with utter competitiveness, yet still enjoy it and go about your business with a gigantic grin.

His absolute commitment to always looking on the bright side even extended to his injuries.

One wet and miserable night in Ulster – I think it was in October 2009 – Mears was replaced at half time. A couple of hours later I saw him coming out of the clubhouse, hobbling around on crutches but with that big grin still on his face.

History repeated itself earlier this season when he emerged from the front door of Farleigh House, again on crutches, having taken a nasty tumble in training that morning. He was using Dave Attwood as a chauffeur and, despite the early-season setback, was still smiling.

As a professional player, Mears was aware that you have to take the rough with the smooth. The dignity of his retirement mirrors the dignity of a great career.

Bath Rugby, and rugby generally, will be a poorer place without Lee Mears and his winning smile.
Posted by Tom Bradshaw at 14:50 16 comments: