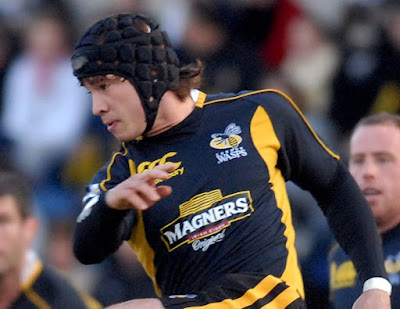 It's looked likely for some time, and today it looks close to a dead cert: Danny Cipriani will be leaving the Melbourne Rebels soon.
A story I have broken today reveals that representatives of the unpredictable fly-half have contacted Bath Rugby with a view to returning to the English Premiership. Bath aren't particularly interested, stressing that Cipriani "is not top of their list", but it's clear that the gifted but troubled stand-off is looking for an exit from Australia, less than halfway through his two-year deal.
The thing is, with all his off-field shenanigans, who will touch him? Wasps director Lawrence Dallaglio has hinted that the London side would consider taking him back, but it would be a gamble. As Cipriani has proved in Melbourne, he can rub team-mates up the wrong way, and Wasps - who are in as fragile a state as they have ever been in the professional era - can't afford any more boat-rocking.
So, who is top of the list at Bath? Dan Carter was clearly the ultimate target, as the All Black admitted today. And with Morne Steyn ruling himself out, and with Berrick Barnes and Quade Cooper signing extended deals with the Australian Rugby Union, many of the prize inside backs of the modern game are now unavailable. But Carter's cover in the Kiwi squad, Stephen Donald, still appears to be undecided about his post-World Cup future. And given that all the signals are that Bath are after a player who will be involved in the RWC, Donald would appear to be very much in the mix.
Posted by Tom Bradshaw at 09:02 No comments: