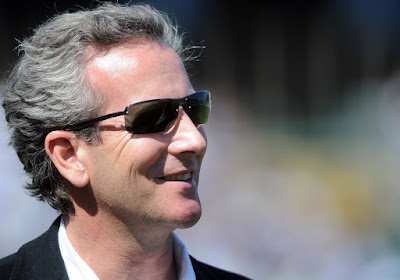 Bath Rugby's new owner has one foot on each side of The Channel. And as a keen Francophile, it seems Bruce Craig (pictured) is keen to give the Bath squad a taste of the Gallic summer during the pre-season.
They used to do a lot of bull fighting in that part of the world so the front-rowers should feel right at home. Just don't make too many trips to the Provencal vineyards, chaps. Chateauneuf du Pape is only a short drive away...
In all seriousness, I think it's a good move having a pre-season camp and match on the Continent. Chairman Craig has big ambitions for the club, the principal one being that Bath becomes a true European powerhouse once again. Having a temporary base in France and playing a match there (admittedly against a second division side) will go a long way to imbuing the players and coaching staff with a sense of confidence for when they come to play their next big fixture in the country.
It's been 12 years since Bath won the Heineken Cup - the Northern Hemispehere's top club competition. Bath's Provencal pre-season could well give them that extra edge for the 2010-11 campaign.
And as for the fact that the players are to be put through yoga sessions... Well, the mind boggles. Do you reckon Duncan Bell will have time to perfect the lotus position before the season kicks off?
Posted by Tom Bradshaw at 16:06