The mysterious case of Butch James and the injury-prone gelding 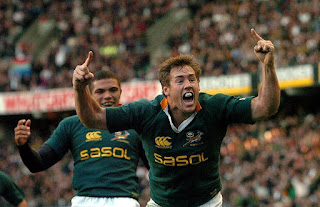 Over my mid-morning toast and Marmite, the following had me spluttering with the ferocity of Blackadder's General Melchett.

"Butch James yesterday confirmed he would be a force to be reckoned with at Riccarton."

Crikey, I thought, Butch is back from injury earlier than expected. I've missed a trick here.

The New Zealand Press Association story continued: "It will be a much fitter Butch James who treks south for a second bid on the New Zealand Cup in Christchurch next month."

The New Zealand Cup? Never heard of it.

Then the truth dawned. It turns out there's a horse called Butch James. An eight-year-old gelding, to be precise.

But then the story got even better. Apparently, old Butch was up against a horse that could easily be owned by Bath Rugby's chairman.

There's obviously a metaphor in there somewhere but I'm not going to start making over-contrived analogies between racehorses and fly-halves (besides, I did that last season).

But given the injury travails our very own Butch has endured over the past two years, I couldn't help smiling at the remarks made by Adrian Bull, trainer of the equine Butch.

I'm sure both Butch Jameses wish they could agree with that sentiment.
Posted by Tom Bradshaw at 16:53