Raising the fear factor - by rewinding the clock 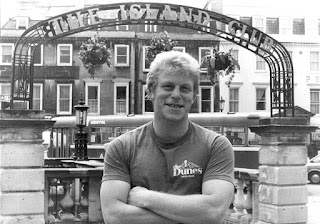 So, the foundations have been dug but what will the new building materials be?

Bath Rugby's announcement this week that four forwards have extended their contracts is a solid base.

But there also needs to be some new faces – faces who will help build the Bath pack into a gruesome, fearsome monster.

How many top-flight packs fear the Bath tight five any more? Not many, I would wager. That's not to say the Bath pack isn't capable of great performances – remember that win against Wasps at Twickenham last April? The backs may have scored the tries but the forwards were a terrific, marauding mobile unit.

However, the Bath pack unquestionably currently lacks the 'stage presence' of, say, Saints or Leicester. There is no snarling Castrogiovanni or Mujati figure in the front row, while Danny Grewcock, who has just turned 38, is still intimidating as a ball-carrying lock but doesn't put divine fear into the opposition like he used to.

A case could be made for saying that the Bath pack has never been the same since Justin Harrison left at the end of the 2008-09 season, with his reputation in tatters after he admitted taking cocaine.

Harrison was a true Aussie sledger, a right old git on the pitch who was always stirring the opposition up into a veritable lather and the odd punch. He provided an aura of short-fused menace.

Strange thing was, he managed to blend that with real credibility as a leader – until he got caught with a Class A substance in his system.

Figures like Harrison can be tremendous motivators but their inherent inclination to self-destruct can ultimately make them more of a hindrance than a help.

This week, we give coverage in the Chronicle to a fantastic new book on Bath Rugby, After the Lemons. Among the most absorbing chapters is one on Roger Spurrell, pictured.

Arriving at The Rec in the year that I was born, Spurrell became the kind of steely skipper that made Bath such a gruesome prospect for so many clubs during the glory days.

Okay, so he was a flanker rather than in the tight five, but he surely captures the kind of over-my-dead- body mentality that Bath would do well to tap into.

I suggest leaving a copy in the changing room before the next game at The Rec.
Posted by Tom Bradshaw at 16:45