Reflections over a glass of Chianti Classico 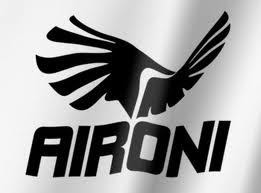 Tucked away on page 41 of Italy’s La Gazzetta dello Sport on the day of Bath’s visit to Aironi – behind basketball, cycling, tennis and just about every other sport on the planet – was rugby union. There were two paragraphs on the Heineken Cup, one of which referred to Northampton as a Scottish team. Clearly, European club rugby is still some way from being held close to the Italian sporting bosom.

At least, that would be the opinion a casual reader of Italy’s sporting press would in all likelihood draw. And it would certainly be the conclusion that my editor-in-chief (primarily a football man, it should be said) would draw. For the life of him he can’t understand why rugby is getting a foothold in Italy. “Why Italy?” he asked me the day before my departure to cover Bath’s Pool 4 match. “Why is there rugby in Italy but not, say, Germany?”

Visit Aironi’s ground – the Stadio Luigi Zaffanella – and an explanation begins to emerge. The Italians in this neck of the woods are starting to take their rugby football pretty seriously.
Click here for more

There are cars embossed with the Aironi logo and there are plenty of fans prepared to pitch up early to soak up the atmosphere – and a few birras.

In many respects, the Luigi Zaffanella is The Rec’s superior. It may not have the picture postcard setting – it is very much an out-of-town affair on the northern edge of the small industrial town of Viadana – but it has porcelain tiles in the gents. That’s a certainly a step up from the fixtures and fittings at The Rec’s WCs.

It may be early days for the club and it may only pull in gates of around 4,000 (although, in truth, that’s not far off what Newcastle Falcons are currently attracting in the Aviva Premiership). But the facilities are in place, and with Aironi now competing in the Magners League and enjoying the week-in, week-out exposure to top-quality teams that such a championship brings, their trajectory can only go in one direction.

“I’d like to see what their training ground is like, because this is alright,” said an impressed Bath head coach Steve Meehan as we walked across the pitch to the post-match press conference.

“Aironi is a very spirited side,” he explained to the Italian press a few minutes later once the questions got under way. “It will take a little time for things to gel, but the players are very committed to one another.”

Strictly speaking, Aironi were only formed over the summer, the result of a merger of a phalanx of northern Italian sides, with Viadana the principal club. It hasn’t been the happiest of starts for the team, with them having lost all seven of their competitive matches so far.

But Aironi are not wet-behind-the-ears mugs. They boast 18 Italian internationals in their squad, and their front-row of former Toulouse prop Salvatore Perugini, Luca Redolfini and Azzurri hooker Fabio Ongaro give them a solid platform up front. Recent additions from the Aviva Premiership – former Gloucester lock Marco Bortolami and ex-Saracens outside back Rodd Penney – give them a streetwise edge.

And Meehan – a long-term student of Continental rugby having been assistant coach at Stade Francais before his move to Bath – believes the team spirit that he detects will stand them in firm stead.

“There’s a fine base on which to build,” he said, before adding dryly, “I’m hoping that by the time Biarritz and Ulster come here they are a much better team.”

Improvement on the scale needed to defeat the likes of Biarritz is, however, a medium-term project for Aironi, not one to be achieved in a matter of months. If Bath need luck to progress from this pool – which they do after their opening round loss to the Basques – then they are going to have to make their own, not rely on favours from Italy.

But while Aironi may have to content themselves with the ‘whipping boys’ tag for a season or so, expect the club to grow.

“See you next time,” grinned a jovial member of the club’s staff who’d been unstintingly obliging throughout the afternoon as I packed my laptop away. You can’t be sure precisely when that ‘next time’ will be, but Bath can expect an altogether tougher prospect whenever that date comes around, which it surely will.
Posted by Tom Bradshaw at 10:10