World-class basics? Not at the moment, Sir Ian 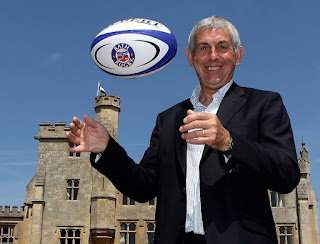 Here's my column from today's Bath Chronicle. More stuff along these lines here

Sir Ian McGeechan, Bath Rugby's performance director, recently gave a talk to business leaders in the South West in which he stressed the importance of doing "world-class basics".

Funnily enough, that's what Bath Rugby need to start doing, too – getting the game's basic skills and strategies absolutely nailed.

We all know what a devastatingly potent force Bath can be when the side's top gear – and brain – are engaged but those fireworks will not be achieved until the nuts and bolts are sorted.

And at the moment they're looking a bit rusty.

Bath's handling against Gloucester was atrocious. It was much improved against Biarritz, although the usually rock-solid Michael Claassens was uncharacteristically wayward on occasion and balls did begin to hit the deck with perturbing frequency as the second half wore on.

Elsewhere, the synchronisation between thrower and jumpers was better at the line-out on Sunday but that step forward was nullified by the two costly penalties the pack conceded for obstruction at the set-piece.

But it's not just the practical skills at Bath that need a touch of coaching WD-40. The team's mental focus needs work, as well as decision-making at critical times.

Bath have a glut of players with leadership experience but something is not right at the moment. That was proved by the staggering lack of nous that bewitched the side when a match-winning dropped goal opportunity presented itself in the dying minutes against Biarritz.

There have been other poor decisions this season too. Opting for a scrum on Northampton's five-metre line at Franklin's Gardens rather than taking the three points was one (talk about a provocation), while opting for a stoppage-time penalty goal attempt against London Irish rather than kicking the ball dead was another (my, how that could have backfired).

And then there was the Gloucester match, which was really just one jamboree of bad decisions.

Too often so far this season, Bath haven't been at the races at the start of the second-half. There was a total shutdown against Northampton after the break and a plug also seemed to have been pulled when Bath returned to the field on Sunday.

Few sides will ever sustain a cracking tempo for a full 80 minutes – even the best sides encounter spells where the game goes flat for a few minutes.

And, to their credit, Bath have managed to piece together some strong periods of play, the opening ten minutes against Biarritz being one such example.

But the consistency isn't there, not only from game to game, but from quarter to quarter.

So get that tracksuit on, Sir Ian. You've still got plenty of work to do in ensuring Bath's basics really are world-class.
Posted by Tom Bradshaw at 13:31