Raising a glass to the Heineken Cup draw 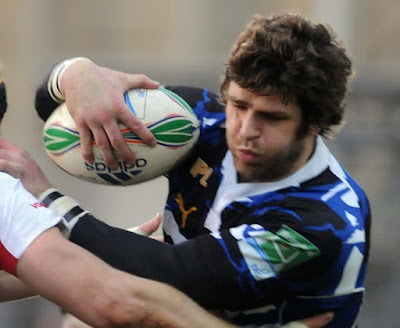 Bath Rugby have a good chance of being quick out of the blocks when their Heineken Cup campaign kicks off in October.
A home game (even if it is against last year's defeated finalists, Biarritz) followed by an away clash against new Italian side Aironi is a kind enough draw.
They have a good chance of hitting their stride and getting championship points under their belt before facing slippery Ulster - who beat them twice last season - in back-to-back fixtures.
And if Bath's fortunes in Europe do go belly up, supporters always have a trip to the Basque country to look forward to in January, when Biarritz will host them.

Pictured: Luke Watson, one of Bath's few bright sparks in a dark and dismal European campaign last season, takes the fight to Ulster at The Rec